RANT: Swimming - you're doing it wrong

Run like the runners, bike like the cyclists, and swim like the errrr.....swimmers? OH MY GOD. The other day I saw a guy at the pool who was clearly a triathlete and doing everything wrong in terms of swim training. Bro walks on deck and begins to put on his Q-Roo wetsuit and I immediately rolled my eyes. Bro then gets into said pool swims about 100 warmup and then puts on paddles. He wore paddles the entire workout with shitty stroke technique. He also sat on the wall between his 100 repeats and rested too long and did not swim enough. ONE MINUTE between 100s. I did the math while I was swimming. Swimming seems to be such a mental block for triathletes and that's probably because it is not intuitive like running, or as easy to pick up as cycling. So let's break down what he was doing wrong.

I cannot even tell you how much wetsuits piss me off. Wetsuits are used to keep you warm in COLD water. Sure they make you go faster because you float better, but they are not to be used as a crutch in an 80 degree pool for training (unless you are testing for fit). Too many triathletes use wetsuit as a crutch. The problem with training in it is that you never actually develop good stroke technique because you are more buoyant. Additionally, what are you going to do when the water is too warm for wetsuits? You will struggle - learn to swim without the friggin thing! I personally think that wetsuits should not be used in water warmer than 65 degrees. Suck it up, we don't do triathlon because we are weak. LET'S TALK PRICE. If you are smart (and most of you are) you have not paid more than 150$ for a tri wetsuit. Anything over that is stupid. Yeah it promises you will go faster (but not by much), but for the average triathlete it makes no difference because most are not efficient in the water. Leave the expensive suits to the pros - it makes a difference for them and they usually have sponsors that give them the samples to try.

THIS is TYR's freak of nature wetsuit. Not only does it look stupid, it retails for 1200$. If you have ever thought of buying it, smack yourself now. If you own it, please stick your head in a bucket of ice water until your mind realizes what you did wrong. Stick to the 100$ xterra - it does the job.

Ok, so you want to be a faster swimmer. THE VERY BEST THING YOU CAN DO FOR YOURSELF IS JOIN A MASTER'S SWIM PROGRAM. I can guarantee your stroke is crappy and you are not doing enough yardage. STOP STRUGGLING AND GET A COACH. So when said guy threw on his paddles on FOR THE ENTIRE WORKOUT, I cringed. He did not have good stroke technique at all and was risking shoulder problems because he was not swimming right - do not rely on your arms for swimming, USE YOUR WHOLE BODY! Next, since we are endurance athletes, you do not rest for long periods of time between repeats. My rule of thumb is (and remember I was a distance swimmer) is 50s get 5-10 sec rest, 100s get 10 sec rest, and 200s get 15 sec rest (maybe 20). The only time you should be resting a minute on 100s is if you are doing all-out sprints, which said Bro clearly was not doing. Also, you need to swim longer yardage. Bro got out after 1500 yds (I counted because I had nothing to entertain myself with during my workout). GET BACK IN THE POOL. Even a typical sprint tri is a 750 meter swim. 1500 yds/m a couple times a week is not enough to build a good swim base for even that short of a swim. Why? Because swimming requires you to not only have good cardiovascular endurance, but you also have to cut through this substance called water, which happens to have a much higher density than say air. SHOCKING! Let's sum up:
1. Get a coach
2. Don't rest too long
3. Get back in the pool
4. GET A COACH (all levels are welcome at master's programs!!! You may no think you are fast enough for it, but you will never get there if you don't join)

Goggles make me laugh. A lot of people have bug goggles that probably cost them 30$. The 80s called, they want their goggles back. Stick to swedes. They may take a bit to get used to, but at 3$ a pair it is worth it. Plus, you won't look so weird with those awful bug goggles.

Finally, if you have you have one of these (a waterproof MP3 player): 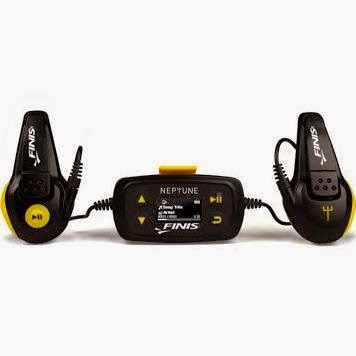 Please, remove it from your head and get rid of it. If you are swimming with purpose and with correct intervals you won't need something to entertain you. You will be too busy gasping for air.