When life gives you lemons, eat them whole.

I feel like there really is no reason for this post other than to talk and ramble. That helps right now. It's been a little more than a month since dad passed and I still feel shell-shocked. Of course now that reality has started to seep in, things are starting to feel real. And it sucks. It's hard to believe that two months ago I could still talk to my dad and now I never can again. It doesn't mean I don't try though. I find myself talking to "ghost" dad quite often. I keep a little picture next to my bed and tell him good morning everyday. I even come home and tell him how hard this is. It's just such a huge void that I can't fill. The grief comes in waves. Memorial Day was, for lack of better words, excruciating. I didn't sleep Monday night and when I did, I woke up to an overwhelming sense of loss. I suspect I will have many more nights like that. But that's grief. It's not linear. I think the scary part is that my dad's life is a memory now and I'm fearful that I will forget. 33 years went by too fast and was not enough time with him.

I don't want to dwell on the sad. If there is one positive takeaway from this, it's that life isn't guaranteed, so make the most of it now. As much as I want to just sit down and mope, I can't. I still love life. I am still happy with my life, I'm just missing a big part of it now. In true Lani fashion, I have decided to come out guns blazing in getting back on track. See picture below. 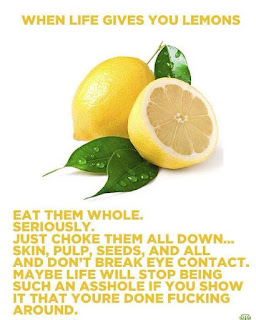 While the process has been hard and an adjustment (who are we kidding, my life got turned upside down), I have been making progress to getting back to normal. I'm back to workouts, but that has always been an escape so it has been easy getting back on a schedule. I've made some big goals to focus on for next year. Sorry mom, more grandbabies are going to have to wait - one major life change was enough for now. I'm excited to get back to Ironman racing next year. I kept this year lighter since I didn't know what was going to happen with my dad and my body was tired from 4 straight years of it. It's been great getting out to workout with friends again and just getting back outside. 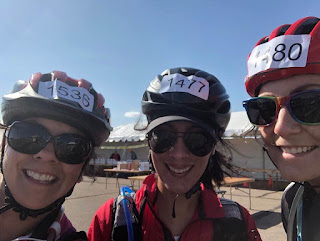 I think the hardest part has been going back to work. It's a sense of normalcy that I am not ready for. Also, since the grief isn't linear, getting emotional at work has been unavoidable. Luckily I have my own office, so I can just shut the door if need be. I am very grateful that people have understood that my mind is scattered and I may not be able to do something one day, but be ok the next day. Hell, today I was just excited to get a document to tech edit. As long as I keep making forward progress, the anxiety of being at work continues to lessen.

Lastly, I just want to thank all of you. The support has been great and I love know dad was respected and that many people cared about him. It makes me (and my family) feel not so alone in all this mess. And finally, just remember - WTFWJSD. 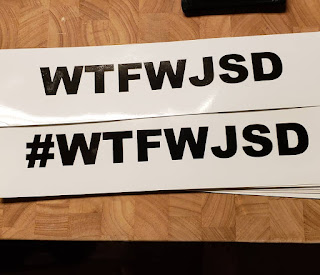 All the things I wanted to say

I wanted so badly that when I wrote this post that dad would be in remission. Unfortunately that is not the case.

Instead this post will be all the things I couldn't say at the funeral. If I had tried to talk it would have been 5 min of me choking on tears. So this is my ramble that I have needed to get out the past 3 weeks. I can't even get through this without crying.

Was my dad perfect? No. What he was, was human. He took his mistakes and learned from them. I've always looked up to my dad (and my mom for that matter, but you're not dead yet mom - forgive my morbid humor everyone). My dad came from a working class family, joined ROTC to put himself through college, and ultimately became a naval aviator. Not only a naval aviator, but a test pilot. These are the cream of the crop pilots that do all the dangerous things like fly untested aircraft, have their engines frozen midair, break the sound barrier (Chuck Yeager anyone?), and are generally crazy. He survived being a fighter pilot, being a test pilot, and the military in general only to be killed by lung cancer. Since he wasn't a smoker, it's likely the job he loved led to his demise (we have some ideas, more forthcoming once things settle). That said, dad would not have changed a thing if he knew it would ultimately kill him. Point is, my dad lived. He lived an amazing life. He gave me an amazing life and I wouldn't take back a moment of it. Because of him, I not only have a life, I've seen the world and the country. I know what a great marriage looks like. And finally, I know what hard work is. I know what it takes to get to the next level. I can only hope I live up to being half the person he was (and my mom too - again not dead yet :p ).

I think the greatest thing about dad was that he looked past people's flaws. In the last few weeks I have found out about how many careers he has saved, how many has helped start, and how many people he has helped.  When I was diagnosed with bipolar disorder, he didn't judge me. In fact, he didn't even blink. His response was, let's fix this, let's get better. He came to visit me in the hospital and didn't treat me any differently, he treated me like a NORMAL PERSON. He knew I wouldn't break. I think my dad fought for the underdog because he started as the underdog.  And I can't even express how proud I am of him and I hope he was proud of me. I know that is silly, but he inspired me to work harder, to get my Ph.D., to push myself to the absolute limit.

This is so hard to write guys.

Two years ago at this time, my dad got to see me finish Ironman Texas after watching me pass out at Ironman Maryland that past fall. Seeing him (and mom) throughout the race filled me with such pride. Dad got to see me have a massive PR in the bike and the run (minus the stop because of the crazy storm). My first year of college, he flew out last minute to our conference championship to watch me swim. I didn't have a great meet, but we represented "Steamin' Seaman" with pride.

Well dad, now you can fly to the brightest light in the sky. As the dust has settled, the harder each day has been since reality has started to set in. I'm not one to hide my feelings, as I hope by me being open can help someone else. In this case, I will document my grief in the coming months. I'm not the first to go through this, nor will I be the last, but I hope I can be here for someone who had a loved one taken from them too soon.

There is so much more I can say, but I will save that for the coming months. 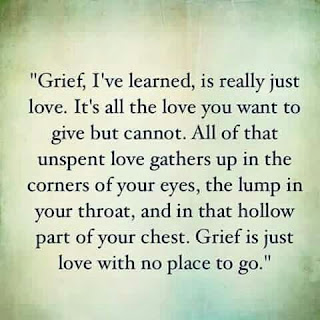 Posted by Lani Seaman at 4:50 PM No comments: