I can almost see you

After quite the sobfest on the side of the road out on my ride this morning, I felt I needed to vent a bit. In some ways, it is still April 20, 2018 for me. For the last year, I have played that last week of Dad's life over and over in my head. I dream about it, I wake up thinking about it, I find myself getting distracted at work about it, and I fall asleep to it. I'm told that eventually you start remembering the good things, but this year has mostly been about the last few weeks of Dad's life.

I'm not saying that good things haven't happened this year, because they have. BUT, there is always a "but," a sense of wrongness and hesitation. The holiday season was every bit as brutal as expected, Dad's birthday was a million daggers to the heart, Father's day a slap in the face, and birthdays felt hollow. Some days I can almost trick myself that he is still here. I reread emails and messages he sent me. Videos of him play on repeat because I miss his voice. I can't even relay how hard it is not hearing his voice. Sometimes I have to remind myself that he was real. I know that sounds weird, but one day he was here and the next he was gone. My mind is having a hard time processing that. But mostly, my world feels just a little less safe because we lost our anchor and the wound is just so damn raw.

And the anger. There is so much anger right now. Most days I am screaming on the inside. This isn't ok, I am not ok, and I just want things to slow down for a minute. It's a fine line to walk everyday. I am so angry that he got sick. The unfairness of it all just kills me. Dad worked so hard his whole life (the man literally worked up until his lung removal last year even from home) and never got to retire. He still had plans in life and that stings. When we were told he was dying...I will never forget his face.  We all go at some point, but why did his death have to be so cruel and premature? The truth is that things have gotten harder as reality has set in and the condolences/post-death chaos has settled down. I am told this is normal and oftentimes the second year can be harder than the first.

Eventually my heart will stop feeling like a shredded mess. I watched my husband go through this when my father-in-law died and have had friends that lost a parent early and seeing them enjoying life again helps. I am hoping that dad's burial in Arlington National Cemetery next month helps with some kind of comfort. I don't believe there is any kind of closure in grief. I also have Ironman Boulder the week after dad's service and if that doesn't motivate you to enjoy life, I don't know what does. What I do know is that even with the pain of losing him, that I was so amazingly lucky to have him as dad. We are all living on borrowed time and have a finite amount of heartbeats, so I better get out there enjoy the time I have even if he isn't here to enjoy it with us. I miss you dad. 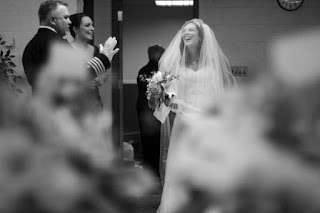 "It is impossible to go on as you were before, so you must go on as you never have"
Posted by Lani Seaman at 5:35 PM